GRIN tries to make every effort to keep this page current and up to date. Please keep in mind that by the time you submit an application and are going through the approval process, some of dogs pictured below may already be in the process of meeting and being adopted by other approved applicants.

The average ages of our rescued Goldens are 6-10 years of age, however GRIN does occasionally receive younger dogs that are in need of a home.  If you are interested in adopting a young dog, please do not wait until you see one on our website to apply for adoption.  Our approval process takes approximately 2-4 weeks to complete and by the time you have been approved for adoption, the younger dog will have already been placed into a loving home. Please start the application process now so that you can be on a waiting list for when GRIN does have younger dogs available. 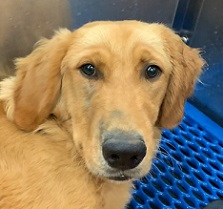 Needs to have a fenced environment and would benefit from obedience training.

Merlin is one cute pup - but he is a bit scared. He will need leash training and overall socialization. Merlin will receive lots of love, attention, and learning what it means to be a valued member of the family in his foster home.

Merlin is making great strides! This boy loves to run around the yard and play with his foster sisters. It doesn’t matter to him if it is 4 in the morning or 4 in the afternoon, he is ready to play! He follows the girls out the door and takes off.  After he has made contact with each of the girls, he finds his favorite spot to go potty.  When he first arrived he would only follow his foster sisters, now he has learned to come in on his own without waiting for the girls.

Merlin is showing signs of being a puppy. If he finds something to chew, he is happy. He loves to zoom next to each of his foster sisters and go for their ears. He is quick to respond when corrected but it is so good to see him play. He would love to have another dog to be his playmate in his forever home.

We are working on basic behaviors. He will now take treats out of his foster mom’s hand. He sits with his sisters to get part of a last bite of food. We are working on leash skills and walking. Still to be conquered is going for a car ride.

Merlin (or Mr. Merl as we call him) is making progress every day.  It took almost a month until we began to see the puppy part of his personality.  We now see so many signs of growth from him. He LOVES to wrestle with his foster sister and they fill up the living room with their antics. When they finally settle down, he will curl up so he can see everyone else and be aware of any movement.  At night he now sleeps in the same room as his foster sisters. The crate is always available should there be a loud or unusual noise but most of the night he is comfortable on the carpet.

He is doing very well with house training now and can go all night without having to go out.
Once he gets outside, he barks his arrival to the neighborhood for the first 20-30 seconds. Then he is off running and doing zoomies with one of the resident golden girls. It has taken some time for him to understand how to play with another dog. At first, he would just watch them have fun. Then he would want to join them, but not understand how to be part of the pack. Multiple times he would charge at them and knock them over. They have taught him to run with them and how to show he wants to play and they are able to play nicely.

Merlin is still afraid of walking on a leash. He will walk on a long leash in the backyard but is not ready to leave that space. He waited almost a month before he would seek out any contact from humans.  He now he comes for petting during both inside and outside times. Merlin still has his moments when his fear overtakes him and he heads for his safe space which is his crate. He continues to make progress & is learning new things.

Merlin is making slow but steady progress in his foster home which he shares with 4 golden girls, all former puppy mill survivors. Initially he would just dash from place to place, then dropping to the ground or diving into the crate and had no idea about potty training. When taken outside, if ignored he would lay out in the grass and calm down a little but not move much.

He is now starting to do his business outside consistently and show some interest in leaving his safe spaces in the house. He is eating fine and is now willing to be petted and rubbed a little bit and does not move away when his foster approaches to put his leash on. He has a long way to go but he makes progress every day and we are confident he will learn he is safe and loved very soon. 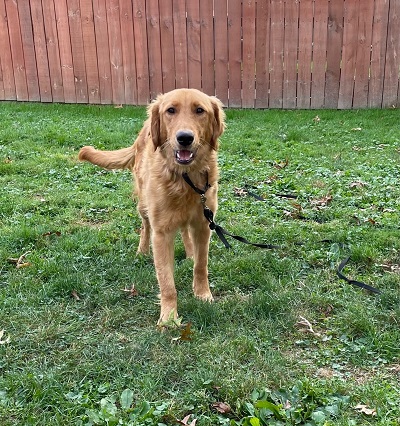 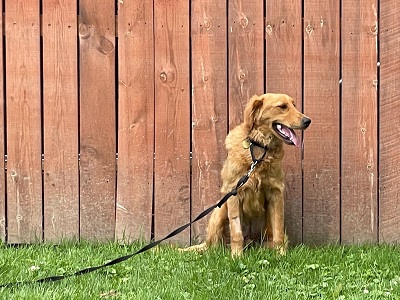 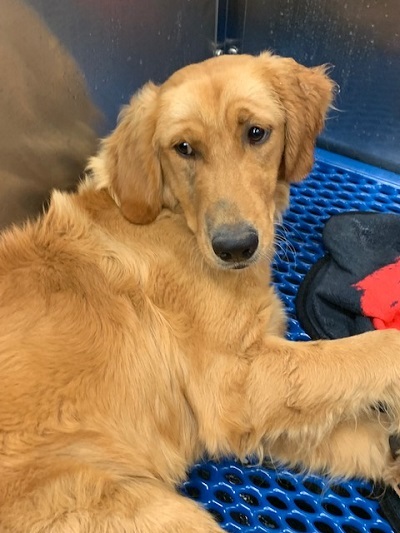 If you are unable to adopt, please consider sponsoring a golden. To sponsor a golden please click on the following link:

The highlighted counties below in green are GRIN's adoption area, counties highlighted in red may be considered depending on available resources. 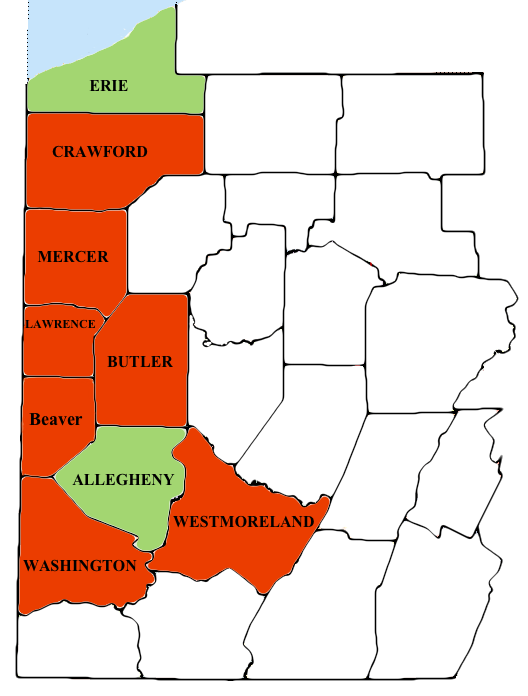 I’m not in your adoption territory, will you make an exception?
Unfortunately, we are limited to where we have volunteers to support our activities. GRIN’s adoption process includes a home visit, and we must remain in the area in which our home visit volunteers are willing to travel. For a Golden rescue in your area, please visit Golden Retriever Rescue Network.
I'm an approved applicant.  Can I pick my own dog?
Now that you have applied for a GRIN dog, we trust you like and understand the Golden Retriever and are knowledgeable about the breed’s needs. That being said, here are some reasons why we discourage approved applicants from “picking out” a dog…
Is GRIN looking for foster homes?
Yes, we are always looking for foster homes. Foster homes provide our Goldens the great start they need on their way to new lives. These homes provide the love, care, training and confidence that will help a dog adjust to a new environment. Without foster homes we are limited in the number of Goldens we can take into our program. It is an extremely fulfilling opportunity and yes it is sad when they go but what joy it brings to know what a difference you made in that dog’s life.
I have previously adopted from GRIN, do I need to fill out an application or can you use my old application?
If your application is over 18 months old we would ask that you complete a new application to ensure we have the most current information on file about you and your household.
Does GRIN require a fence?
GRIN does require a fence for all dogs under 6 years of age. This rule was implemented after a number of incidents that put the safety of our dogs at risk. Some dogs come to us as strays or frightened and can be a flight risk.
Why are the adoption fees so much higher than shelters?
Before being adopted out GRIN provides all of the necessary medical care including vaccinations, spay/neuter, and treatment for various medical or behavioral issues. GRIN spends an average of $1,200 per dog.
Why haven’t I been contacted for my phone interview or home visit yet?
GRIN is a 100% volunteer organization. We are all volunteers and have jobs, families and outside commitments. If you feel your application has gone too long without contact, please visit our contact information section to make outreach to the applications team.
For a list of all Questions and Answers
For a complete list of common questions and answers click on any of the above questions
Copyright © 1992 - 2022 : Golden Retrievers In Need Rescue Service, Inc - All Rights Reserved
GRIN Privacy Policy 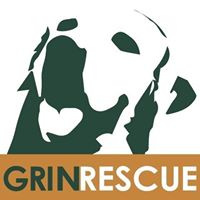